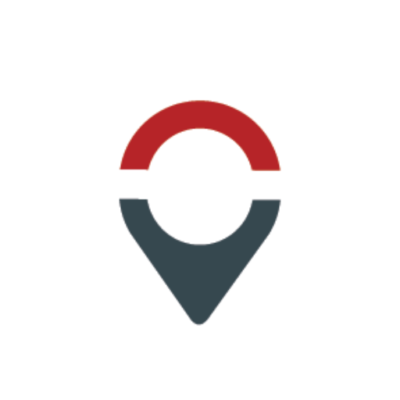 The U.S. Department of Transportation, as well as the nation as a whole, has never been more committed to reducing the number of road fatalities to zero – and, the Vision Zero Network project embodies this commitment fully.

Nonetheless, the journey to eliminating all road fatalities or severe injuries is still long – and it is even more so when looking at how deadly rural roads have become. Indeed, according to a recent study conducted by the Governors Highway Safety Association (GHSA) – “America’s Rural Roads: Beautiful and Deadly” – the fatalities in rural areas account for just under half of all road fatalities in the US, and the numbers are still rising. And yet, a lot can be done to support driver safety and make rural roads safer for all.

Rural Road Fatalities: By the Numbers

Rural roads in the US represent a significant component of the nation’s road network. According to a study on the Rural Highways by Congressional Research Service, nearly 3 million of the 4.1 million miles of public access road in the US are located in rural areas, and these ruler roads account for nearly 30% of the vehicle miles traveled in the US.

But while rural roads are essential in boosting the country’s road connectivity, they are also disproportionately deadly.

Indeed, the report compiled by the GHSA shows that only 19% of the American population lives in rural areas, and yet rural roads cause nearly 50% of all road fatalities in the country.

Even more worryingly, according to the same report, the number of victims of rural road accidents is rising. Just between the five-year period between 2016 and 2020, the number of fatalities on rural roads surpassed the 85,000-mark, and over 60,000 of them were male drivers. What’s more, statistics show that the risk of dying in a car crash is over 60% higher on rural roads than on urban and city roads.

But why are rural roads so deadly? And what is causing the number of fatalities to grow? Here’s what you need to know.

The Causes Behind the Rising Death Toll on Rural Roads

Looking at the statistics above, something becomes clear: rural roads might be stunningly beautiful, but they are certainly deadly. But understanding and resolving this public safety issue might be more challenging than expected due to the multiple cultural, behavioral, and structural factors that come into play.

According to the GHSA, some of the culprits of the riding death toll on rural roads include long distances traveled, a false sense of safety, inadequate emergency resources, and limited law enforcement. Let’s look into these contributing factors.

When traveling in low-traffic areas, drivers might gain a false sense of safety, which can lead to risky and inappropriate driving behaviors. These might include driving under the influence of alcohol and other substances, distracted driving (i.e.: using a smartphone while driving), and speeding.

However, tiredness and having to drive long distances can also cause drivers to get distracted and become involved in an accident. And, of course, the lack of alternative modes of transportation contributes to inebriated and older drivers getting behind the wheel when it is inappropriate to do so.

As we have seen, rural roads represent a vital part of the nation’s road network and interstate connectivity. And, in some rural areas, these roads are the only connection between families and communities.

But regardless of how much of a lifeline rural roads might be, the decline in usage has caused a consequent decline in levels of maintenance. In turn, this has led to obsolete and aging road infrastructures, which made it all the more dangerous for local drivers to stay safe while traveling along these roads – especially during extreme weather events such as icing, snowfall, heavy rains, or strong winds.

The lack of safety resources, coupled with inadequate medical services, are contributing to the high number of deaths on rural roads. Indeed, the level of post-crash care people are able to access after an accident can determine how well they are able to overcome the injuries reported.

However, unfortunately, rural roads and communities seldom have the opportunity to access high-quality, efficient medical care services in emergencies.

Boosting Driver Safety on Rural Roads: What Can Be Done?

While the factors above certainly contribute to making rural roads less safe for individuals and fleet drivers alike, the only acceptable number of road fatalities should be zero. Luckily, some technologies can help.

At Vestige View, our GPS tracking systems and fleet cameras can boost drivers’ efficiency but, above all, they are designed to protect road users. They can aid in boosting road safety by making drivers easily traceable and emergency services more easily accessible.

Learn more about tailored GPS tracking solutions by getting in touch with the Vestige View team at 704-321-4960 or request a demo to discover all the benefits that a tailored system can bring to your fleet. 5 Benefits of GPS Tracking for your Construction Equipment